My Mom is a very talented artist. I try to encourage her to sell her art, but she won’t! My daughter is an outstanding artist as well! I’m amazed by this because I cannot draw anything! I seriously doubt I will be able to enjoy expressing myself through painting ever. I am not talented in this way.

My daughter calls her “Cindy Ross”. She is also talented at sewing her own curtains, and crocheting. Here is some of my Mom’s work:

My goodness such talent!

If it’s not one thing, it’s another! Gas is getting so expensive!

Gas is going for about 3.50 where I live. I get “fuel points”, from shopping at my local grocery store. I saved .80 cents on gas. However, getting groceries at Wal-Mart is cheaper, versus going to the local market. You just can’t win.

If you live in American, I recommend getting a Sams club card and using their gas. It is about .30 cents cheaper. I work 18 miles from home and my take my kids to and from school 5 miles from home. The traffic is so bad, it’s just draining my money

Disclousure: Always ask your doctor if you have questions, always seek medical advice, I am just writing on my experience.

The IUD is T-shaped and is inserted into your uterus. You nor your partner can feel it.

The copper IUD, (the Paragard), has copper, and the copper acts as spermicide, it also prevents sperm from reaching the egg, and prevents implantation.

Personal experience. Yes, it hurts to get an IUD. I would take a Motrin ( Ibuprofen) to go in for the procedure, but afterwards I would take Tylenol because Motrin can thin your blood and you may have some spotting. I had the ParaGard put in two months after a C-Section, it really hurt and caused bad cramping, but realistically getting pregnant again and having another C-Section would be worse. That’s the way I look at it. I’ve had Mirena put in, not after a C-Section, and it still hurt, but not as bad. Everyone tolerates pain differently.

My best friend has the Liletta, and she hates the hormones and is getting the ParaGard.

So when I had the Mirena, I didn’t like it, because I do not do well with hormonal birth control (I have also tried the pill). I gain weight, I’m emotional, and depressed. When I got the ParaGard, it is hormonal free, I didn’t have any side effects except a heavy period for 6 months, but it was not intolerable. I love it! I have had two ParaGard’s in 12 years, and I have not gotten pregnant.

I had problems when I had my ParaGard removed. When I hit the 10 year mark, the IUD came out with the arm of the IUD missing. I had to have an Hysteroscopy, where they put a camera in your uterus to find the missing piece and she did not find it! I had an X-ray and it is somewhere imbedded in my pelvic region. The Hysteroscopy hurt but it wasn’t like surgery or anything. I didn’t like how I reacted to the meds during it. I had ringing in my ears for 10 seconds and I was dizzy. I went to work a day later for a 16 hour shift, and that was so rough, but I made it.

I still recommend the ParaGard IUD even the the arm broke off in my uterus. I have not gotten pregnant, and I do not have side effects. It is like I don’t even have it. My PMS is bad, but I’m going to blame that on age.

Now I have heard of people getting pregnant with an IUD, and this scares me. When my periods is close to arriving I worry that I am pregnant, even thought I haven’t been since I’ve been using the ParaGard for 12 years. I take a pregnancy test if I feel off. This is incredibly silly?

IUD’s are extremely effective, more than 99% effective. But there is that slight change, and I still worry.

A month after you have your IUD placed, you must go to the doctor to have an exam to see if your IUD is still in place, and hasn’t moved! Or your chances for pregnancy will increase!!!!!

I took these test yesterday. Waste of money, but my mind is at ease.

I work in assisted living and I take care of the elderly. There are many scammers out to get the older population. I started giving the scammers call back prank calls. Scamming my residents infuriates me! They wake up my residents after I put them to bed, and bother them when they are napping.

This also bothers me because they scam people out of a lot of money.

There are many types of scams:

IRS scams, I’ve gotten these calls, where they say they are from the IRS and that the IRS is going to “come to my house and arrest me”.

I recorded these scam call backs online: Note the government says hang up, but they infuriate me so I call them back.

I love to write about everything and anything. I've been married for 17 years. Mommy of 2. I've been a caregiver for the elderly, for 13 years! Welcome!

My Site is proudly hosted by SiteGround

Affiliate Disclosure: This site contains Affiliate links. To find out more read my Affiliate disclosure. As an Amazon associate, I make commission of of qualifying purchases. Money doesn't grow on trees, I've got kids to feed!!!! <3 :) 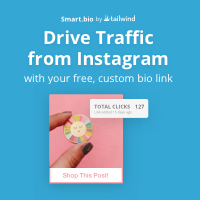